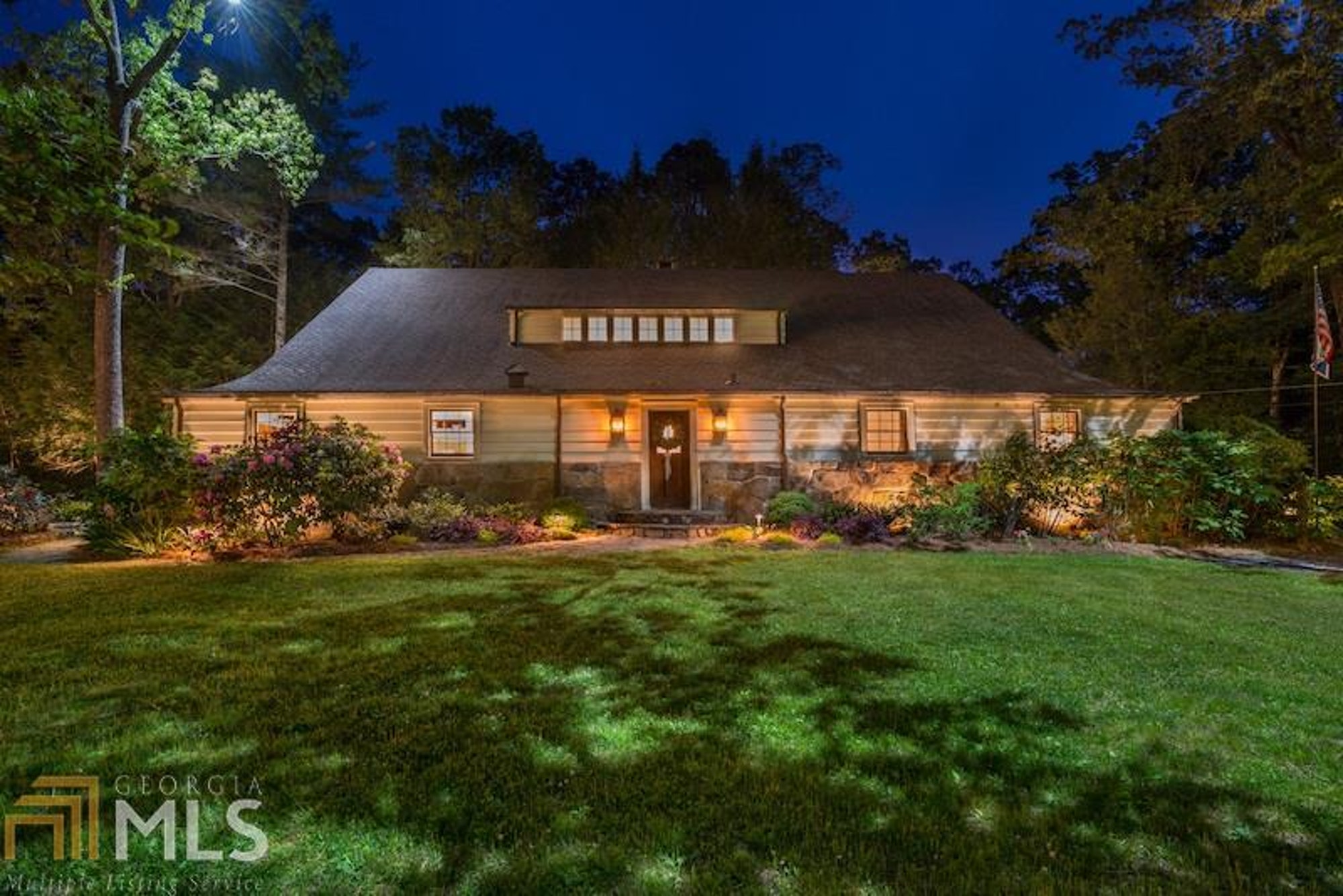 Lake Rabun was filled in 1915 after the construction of Mathis Dam on the Tallulah River and soon after the wealthy and privileged from Atlanta began to build fine homes on its shores. The Barn at Lake Rabun was built in 1917 by Samuel Candler Dobbs and his wife, Mary Ruth Mixon Dobbs on their 500-acre farm. Samuel Candler Dobbs was the president of the CocaCola company from 1919-1920 and it's Chairman from 1919-1922. In 1939 he left a one million dollar unrestricted gift to Emory University. The barn was originally used for cows and later for horses and the hillside above was farmed in corn and garden vegetables in addition to mountain pastures. The Barn's upper floor was a hayloft which now has 4 king suites and the kids "hayloft" and the lower floor had the stalls which are now 2 king suites and a bunkroom. The original Dobb's home is still down on the lake in front of The Barn. The Barn was split from the estate after the death of Mr. and Mrs. Dobbs and later converted into a home and later a bed and breakfast. In 2016, The Barn Group purchased the barn and began a one year remodel and renovation with the vision that the history and the location would combine to make it a place to make memories! Now, completely renovated the residence offers a luxurious seven-bedroom wonder. A full commercial style kitchen with a generous dining room and casual eating area steps away. The main gathering room is a cozy yet gracious area warmed by a large stone fireplace. Nearby is the intimate media room so one can enjoy movies, music, or contemplative study. Outside, a large deck that can be tented for special occasions is situated overlooking the grassy front yard.. Only a few steps away is an awaiting stone fire pit all ready for the chilly nights in Lakemont. One can only imagine what the potential for the future is! Photography provided by C Gauthier Photography, LLC.